THE ART OF SHIATSU

Shiatsu is a Japanese practical therapy involving gentle rotations, stretches and pressure on acupuncture points that lie on meridians (energy pathways) that people and animals have throughout their body.

It is a similar therapy to Acupuncture – but without the use of needles – that stimulates the “self-healing” abilities and facilitates the natural healing of the body.

A Shiatsu therapist uses pressure from their fingers, thumbs, palms, elbows, to gently interact with the energy (Qi), which harmonise and balance the body leaving a feeling of well-being and vitality.

The art of Equine Shiatsu was introduced by Pamela Hannay, who began applying into horse work in the 1970’s.

THE HISTORY OF SHIATSU

Shiatsu literally means ‘’finger (Shi) pressure (Atsu)’’. It is originated indirectly from Acupuncture, the ancient Chinese healing art from which principles were applied in the traditional form of Japanese massage.

In the early 1900s, Japanese Tokujiro Namikoshi founded his Shiatsu college in the 1940s. His legacy was the state recognition of Shiatsu as an independent method of treatment in Japan, by the Japanese Ministry of Health in 1964. Tokujiro Namikoshi is often credited with inventing modern Shiatsu. Namikoshi’s school taught Shiatsu within a framework of Western Medical science.

The most widespread Shiatsu style in the Western world originated in Tokyo, in the IOKAI School founded by the founder of Zen Shiatsu, Shizuto Masunaga. In the 1970’s, Masunaga proposed Shiatsu as a way (‘do’) for the personal development of both giver and receiver. He created a system which integrated the traditional use of Shiatsu with Western psychology and with the ancient approaches of Zen Buddhism and Taoistm.

Zen Shiatsu uses the ancient principles of traditional Chinese Medicine, the Five Element Theory (Fire, Water, Wood, Metal, and Earth) in combination with Western Anatomy, Physiology and Pathology. It works with given symptoms but also uses insight into the root of the problem, thereby treating the cause as well, rather than just the symptoms. 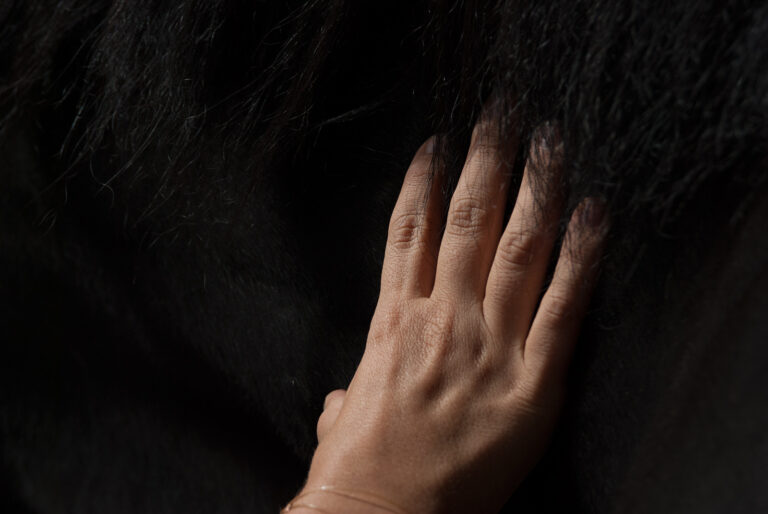 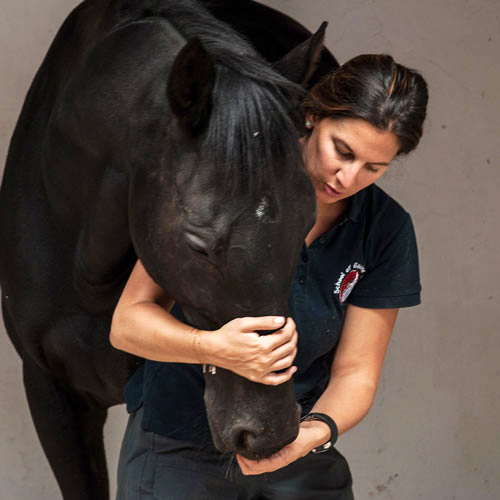 In 1983, Pamela Hannay pioneered Equine Shiatsu. Pamela was an Ohashiatsu teacher of the Ohashiatsu Institute in New York, USA, with over 25 years’ experience in Shiatsu.

Pamela began teaching her Equine Shiatsu work in America/USΑ, in 1994 and in the UK in 1996. It was in 1996 that Jacqueline Cook introduced Pamela Hannay and Shiatsu Therapy for Horses to the UK.

In 1998 Pamela put together two small photographic hand guides on Shiatsu therapy, one for horses “Shiatsu with Horses” and another for dogs “Shiatsu with Dogs” and also produced an audio tape “Shiatsu Exercises for Horse & Rider, Three Part Harmony” published by J.A Allen.

Shiatsu for horses has been developed combining knowledge of people’s Shiatsu therapy with horse Acupuncture.

The Horse and Dog Shiatsu courses were developed to meet both Veterinary standards and the European regulations.
The UK is the only country in the whole world that has seen such a growth of Shiatsu Therapy for Horses & Dogs. 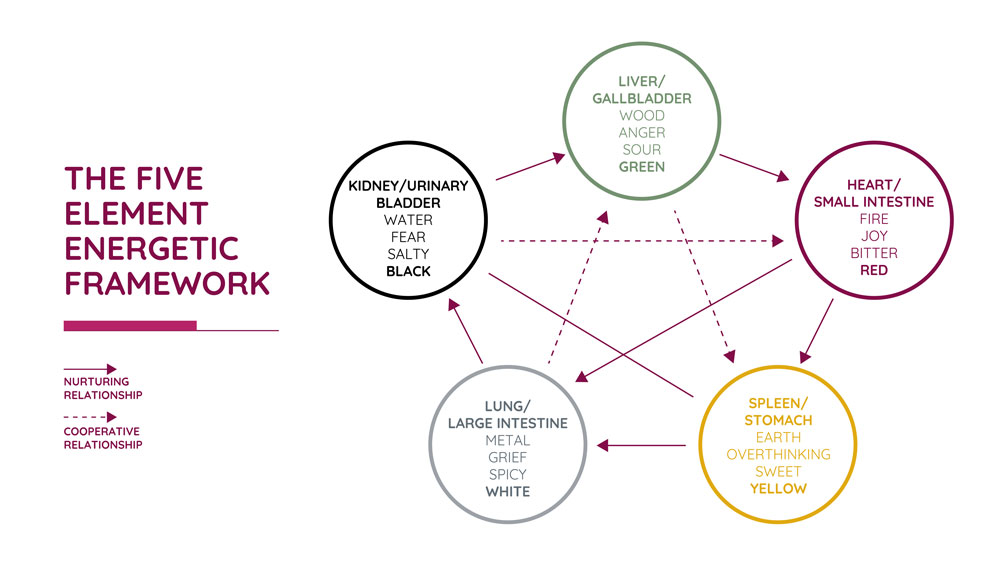 The Five Element Theory is one of the major systems of thought within traditional Chinese Medicine and has been used for more than 2,000 years as a method of diagnosis and treatment.

It takes into account the Elements of Wood, Fire, Earth, Metal, and Water. Generally it helps explain physiology and pathology within the body and offers a diagnostic framework to recognize where imbalances of body, mind, emotions, and spirit, lie.

Essentially, it is used to explain the cause of particular diseases and to associate signs or symptoms to particular organs and afflictions. The Five Element Theory helps to illuminate the processes that occur throughout various stages of disease and healing in the body, in the context of “phases”. This is particularly useful in explaining the processes that take place during the generating and controlling cycles of disease and healing.

Studies show that for over 100 years, therapeutic effects have enabled tissue reconstruction as well as pain reduction. In 1890, Arsonval, a French doctor, physicist and inventor discovered the benefits of the permeability of plasma membrane by increasing frequency to more than 100 KHz. Arsonval worked with other researchers and doctors, to develop the first capacitive and resistive electrodes, in the 1920s. Furthermore, a work by William Beaumont in 1939 dealt extensively with these modes of applications CAPACITIVE (CET) and RESISTIVE (RET).

It was only in 1995 that teachers of medicine in Italy studied this energy to build on the works of D’Arsonval and Beaumont in order to develop procedures in functional rehabilitation with non-invasive mobile electrodes. A Spanish company was the first to launch its products on the market and is attributed with having introduced radiofrequency to Physiotherapy. However, it should be highlighted that the spread of the method as a result of its efficacy has generated a flourish of manufacturers, which have invested all of their typical Italian ingenuity into producing increasingly safe and effective TECAR therapy devices.

Thanks to the growth of semiconductor technology and materials in general, we have witnessed an evolution in the devices, both in electronic terms and as regards the materials used to construct the electrodes. This has led to an improvement in energy transfers and safety for patients and Physiotherapists.